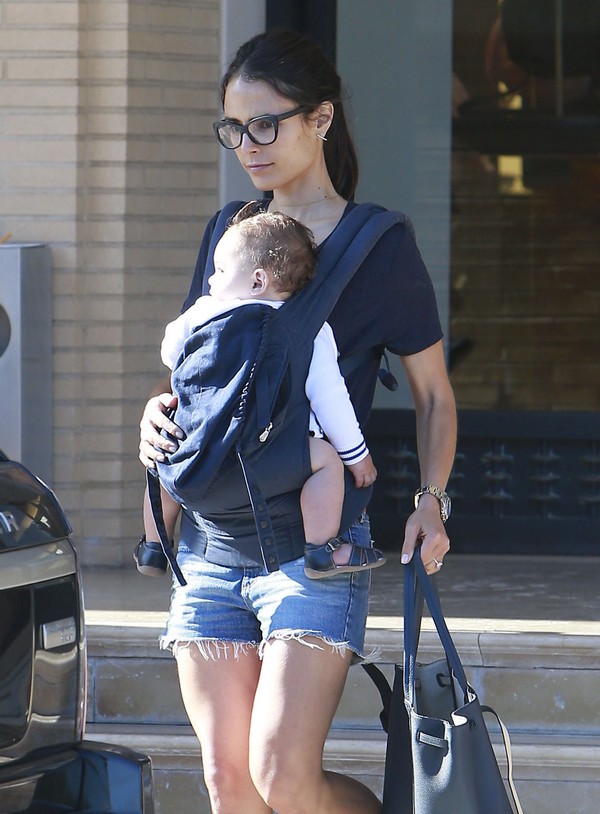 Jordana Brewster is one of those actresses that seems to have it all. While other celebs may be splashed all over the covers of  tabloids Jordana is quietly holding her own starring in a movie franchise as well as the rebooted version of Dallas on TNT. The 34-year old star also became mom to little Julian last September via a surrogate. While her career keeps her busy it’s her family that keeps her going.

Jordana and her husband, Andrew Form are currently planning their sons first birthday party and according to The Daily Mail she is gearing up for a cowboy-themed party.

“Since he was born in Texas, we kind of want to do a cowboy-themed birthday party. I feel like it would be really cute. We might have to borrow my sister’s yard because right now we’re in a rental. The question is, do we get the In-N-Out truck? That’s more for the adults. But it’s so tempting!”

I love when we get to hear from actresses like Jordana about their normal lives as a mother. She sounds like any other mom knee-deep in party planning for her little one. Celebs may have more money to spend but for the most part they sound just like the rest of us do when planning a first birthday bash.

Jordana was recently spotted out shopping at Barney’s in Beverly Hills yesterday [July 31st, 2014] with Julian in tow while on a break from filming the 7th installment of Fast & Furious. Are you a fan of her work in the franchise or do you prefer Jordana as Elena Ramos on Dallas? Tell us your thoughts in the comments below!

Back to School Preparation: Tips For Parents – Getting Your Children Ready For A Good Start