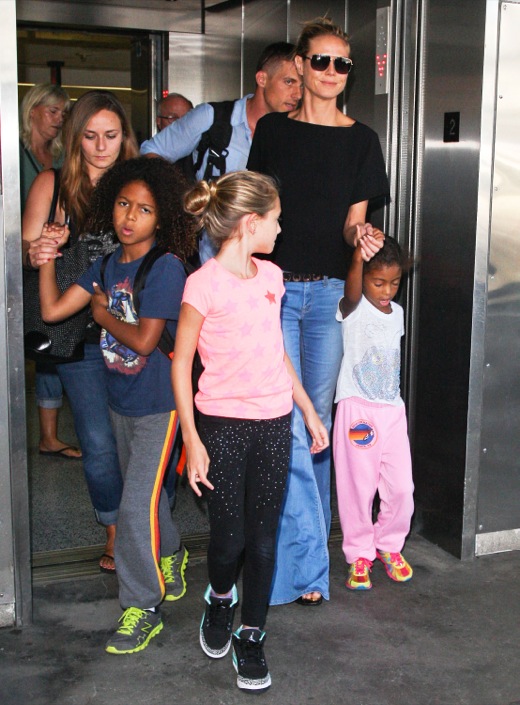 Heidi Klum was seen arriving on flight at LAX airport with her children Leni, Lou, and Johan in Los Angeles on Thursday (Aug. 28).

The America’s Got Talent judge wore a black t-shirt and wide leg jeans with sandals. She held the hand of Lou and Leni while exiting the terminal airport.

Klum has extended her empire once more. Now you can hit the gym like a supermodel in a new fashionable sportswear collection designed by Klum for New Balance.

According to Klum, the collection is influenced by her own statement style and is “versatile” enough for all of your sporting needs.

“I was inspired by animal prints and bold colours like oxblood, combat green, and UV Blue that give it a strong, urban, street wear vibe,” she told, adding, “In this collection, I also played with fabric cut-outs for an edgy and fashion-forward look.”

The collection hits stores this autumn.

Back To School Shopping With My RBC Rewards #RBCRewards101