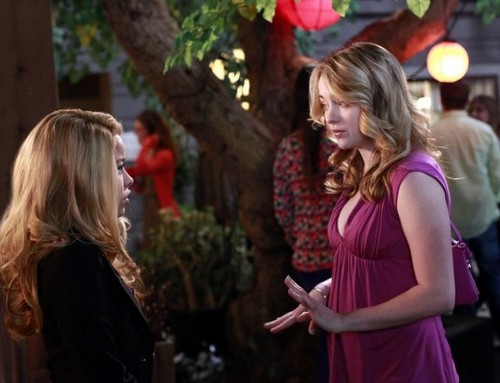 The Fosters ABC Family’s compelling drama returns tonight with its third episode of season 2 called, “Play.”   On the last episode Brandon contemplated a big decision that could have either restored or destroyed his dream of playing piano, but Stef and Lena found themselves on opposite ends of the debate. The Foster siblings plotted to cheer Brandon up by taking him out to see a band and he butted heads with the sexy lead singer Lou (guest star Ashley Argota). Meanwhile, Stef confronted Mike about his whereabouts the night Ana disappeared.

A mysterious stranger kept tabs on Callie, and Callie was faced with a choice that could further complicate her life. An encounter with Connor’s dad created a rift in Jude and Connor’s friendship. And Jesus began to feel threatened by Emma’s independent spirit. Did you watch the last episode? If you missed it we have a full and detailed recap, right here for you.

On tonight’s episode Stef and Lena go on a babymoon, leaving Brandon and Callie in charge of the house. Brandon’s bandmates pressure him into having a few friends over to hear their new sound, but when Mariana and Jesus find out, the night turns into an all-out rager. Determined to follow Stef and Lena’s rules, Callie tries to police the party but fails miserably. Jude finds himself in an awkward game of spin the bottle. Meanwhile, Lena tries to reconnect with Stef, who is finding it hard to relax on their weekend getaway.