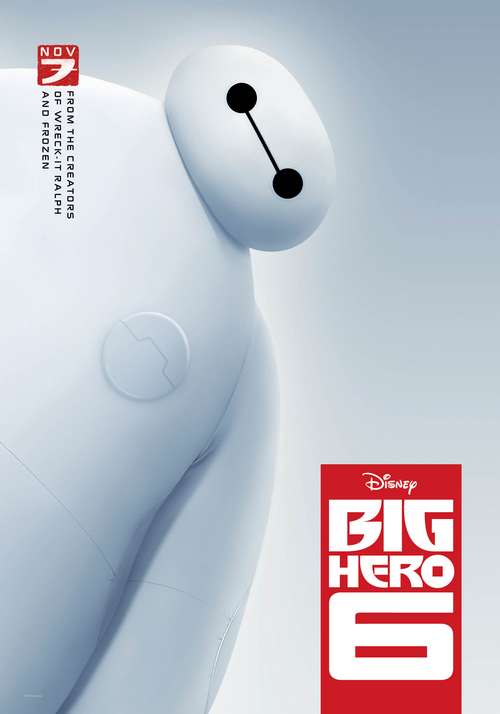 On November 7, 2014 Disney will release ‘Big Hero 6.’ Think of the heart of ‘WALL-E’ and the humor ‘Toy Story’ and you have a comedy-packed adventure the kids will love.

Robotics prodigy Hiro Hamada, learns to harness his genius thanks to his brilliant brother, Tadashi, and their like-minded friends: adrenaline junkie Go Go Tomago, neatnik Wasabi, chemistry whiz Honey Lemon and fanboy Fred. When a devastating turn of events catapults them into the midst of a dangerous plot unfolding in the streets of San Fransokyo, Hiro turns to his closest companion a robot named Baymax and transforms the group into a band of high tech heroes determined to solve the mystery.

This is Disney’s first attempt at rebooting a Marvel comic. The somewhat obscure comic, was created by Steven T. Seagle and Duncan Rouleau in 1998. It was a nod to Japanese culture and director Don Hall found intrigue in the the idea. The lack of die-hard comic purists driving a strong desire for details, left a window open for Hall and the Disney team to add their own touches.

These new posters show off Baymax as simple creation that isn’t your cold, wiry robot. He is round, squishy even as well as being tender-hearted. While he just wants to play with a soccer ball, his creator wants to turn him in a crime-fighting crusader.

If you are a fan of 3D, you’re in luck! The film has several fantastic moments to make you duck, reach out and feel like you are a part of the movie.