Teri Hatcher Buys a New Car For Her Daughter 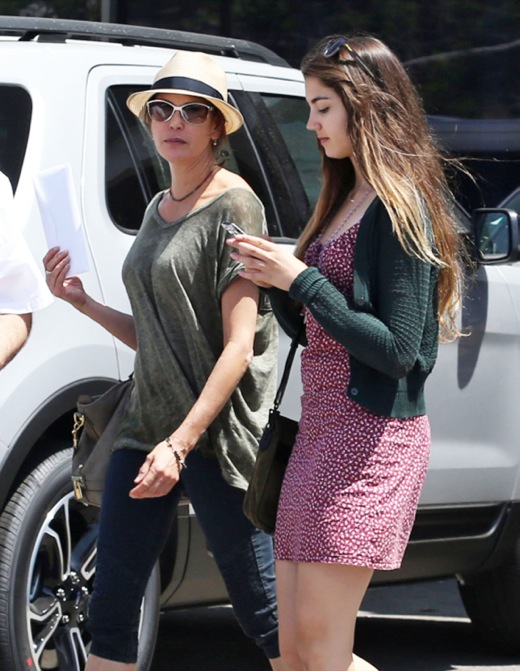 Teri Hatcher was photographed buy her daughter Emerson a new car at the Sunrise Ford in North Hollywood, CA  on Thursday (May 29).

The I Brake For Gringos’ actress looked low-key in a vintage tank and knee length jeans. She posed for pictures with the sales person before checking out Emerson’s new car.

In 2013, Hatcher admitted aging is not something she worries and she doesn’t care for overly airbrushed pictures.

“We cannot avoid the unavoidable – we all age,” she told the British edition of OK! magazine. “I want to feel beautiful and sexy, it’s hard. I could look back at covers of magazines that I’ve done and go, ‘Oh, I don’t look like that anymore.’ But I didn’t look like that when I did the cover of that magazine either! We are all kidding ourselves.”

Since the series wrap up of the popular series Desperate Housewives, Teri has lent her voice to various animated productions. She narrates the part of Beatrice Le Beak in Disney’s Jake and The Never Land Pirates and was the voice for Dottie in Planes.