Olivia Wilde Spends a Day Out With Her Mom & Son 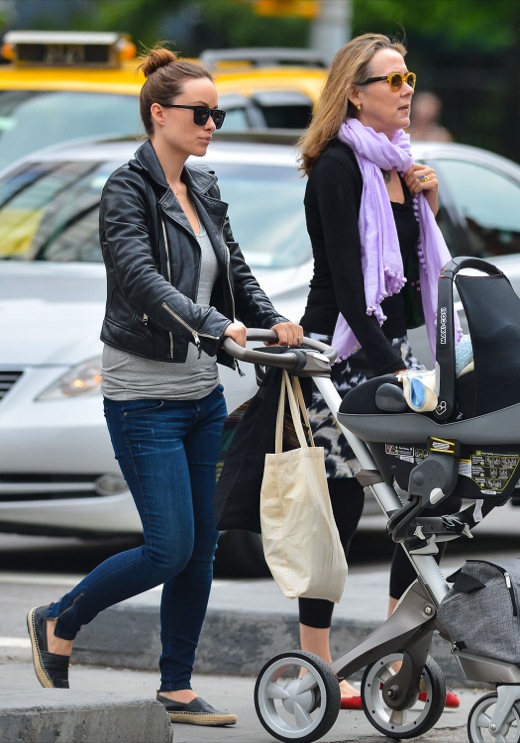 Olivia Wilde was seen taking her son Otis for a walk with her mother Leslie Cockburn in the West Village in New York on Friday (May 23).

The Rush actress was dressed in a black motorcycle jacket, grey tee and skinny jeans with flats. She pushed her son in a stylish stroller while walking next to her mom.

Wilde and her fiancé Jason Sudeikis welcomed their son one month ago.

“Ladies and gentlemen, Otis Alexander Sudeikis has LEFT the building! (I’m the building),” Wilde captioned a shot cradling her newborn son via Twitter.

They first announced they were expecting back in October. They began dating in December 2011 and announced their engagement January 2013.