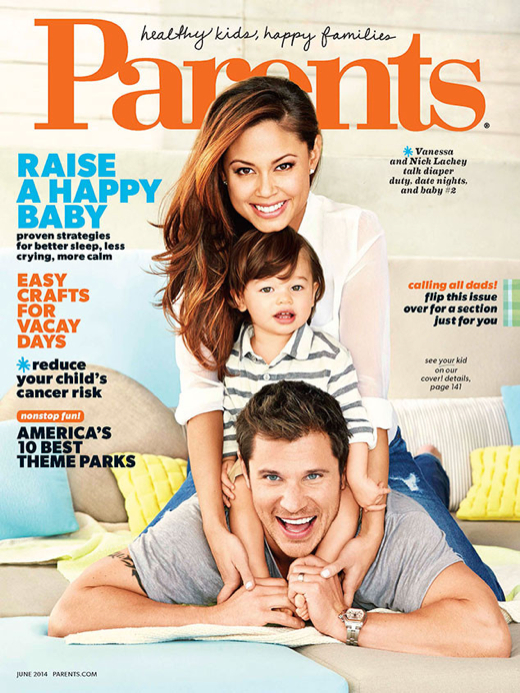 What a picture perfect family portrait!

Nick & Vanessa Lachey pose on the cover of the June 2014 issue of Parents magazine with their 20-month-old son Camden.

The married couple admit that having a baby always between them is less romantic, but at the same time they have come to love more things about one another.

“My wife’s maternal side is a new dynamic to her personality—and it’s definitely made her even sexier,” Nick says, while Vanessa gushes, “I knew the man I was going to marry was not only a great man, a good friend, and a family guy, but he was going to respect and treat me well and be an amazing father and role model to our children. That’s Nick.

The couple do find time to have couple time after Camden’s 7:30 p.m. bedtime.

“We put on some music or a favorite TV show, pour a glass of wine, have dinner—that’s our ‘alone time,'” says Vanessa.

Adding to their family is a must, but is something that will happen in the future.

“We definitely want more kids. You don’t want kids to have to share the same group of friends,” says Nick. “But you don’t want them so far apart that they have nothing in common,” Vanessa points out.

To read the full interview pick up Parents magazine on newsstands.