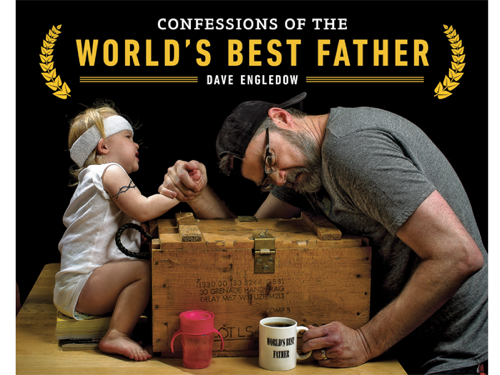 Dave Engledow and his daughter Alice Bee have become an internet sensation through an imaginative series of funny pics.

The self-proclaimed World’s Best Father, first shared a picture of him holding Alice Bee like a football while pouring her milk into his coffee. The project was never intended to develop into a series. However, as the duo’s popularity increased, Dave decided to publish a 2012 calendar. He is now set to release a larger run for 2013 and has just released a new book titled  Confessions of the World’s Best Father. 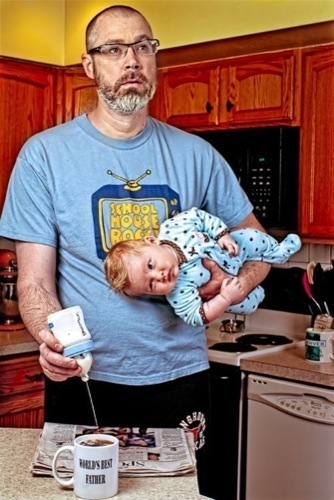 The experiment has come a long way from that first shot of a bleary-eyed dad at feeding time. The Maryland native explains:

I wanted to capture the dazed, sleep-deprived obliviousness of the new father, while at the same time gently poking fun at myself and new fathers everywhere.

Also starring in the pictures is Alice Bee’s mother, an officer in the U.S. Army. You will also notice a recurring motif is Dave’s World’s Best Father mug – which appears in nearly all of the images. 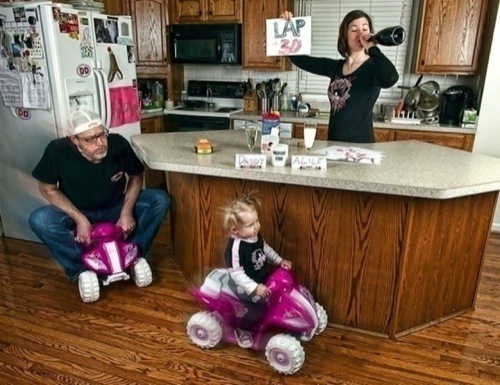 The character I portray in this series is intended to be a parody of the father I hope I never become – distracted, self-absorbed, neglectful, clueless, or even occasionally overbearing. 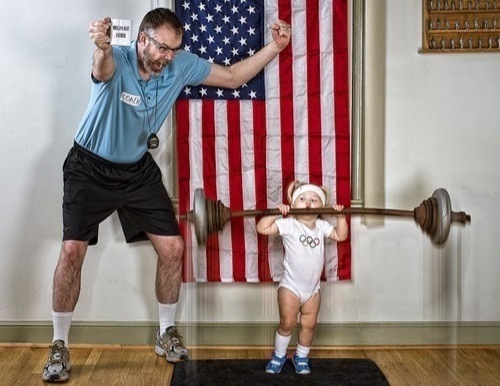 His ultimate wish, however, is for his daughter to have something to treasure as years go by. 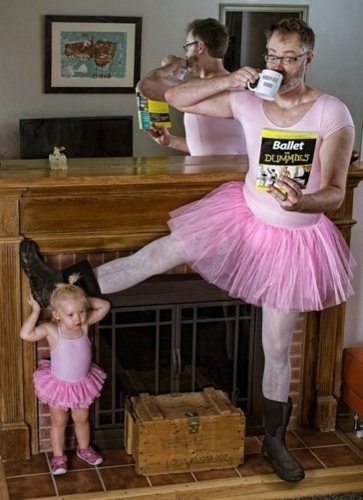 Mila Kunis Opens Up About Her Pregnancy