Katie Holmes: Candy Day in the City With Suri & Friends 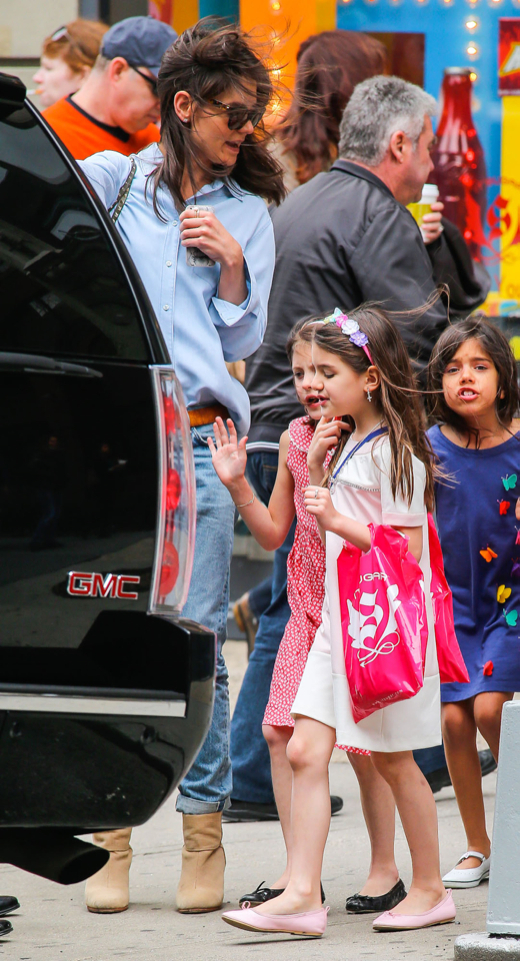 Katie Holmes was seen taking her daughter Suri and her friends to a candy store in New York City on Sunday (May 4).

The Miss Meadows actress was dressed casual but stylish in a blue blouse, boyfriend jeans and beige booties. She spoke on the phone while Suri and her three girlfriends left the candy store.

Gifts from FAO Schwarz, as well as other presents and balloons, were also delivered to their NYC apartment.