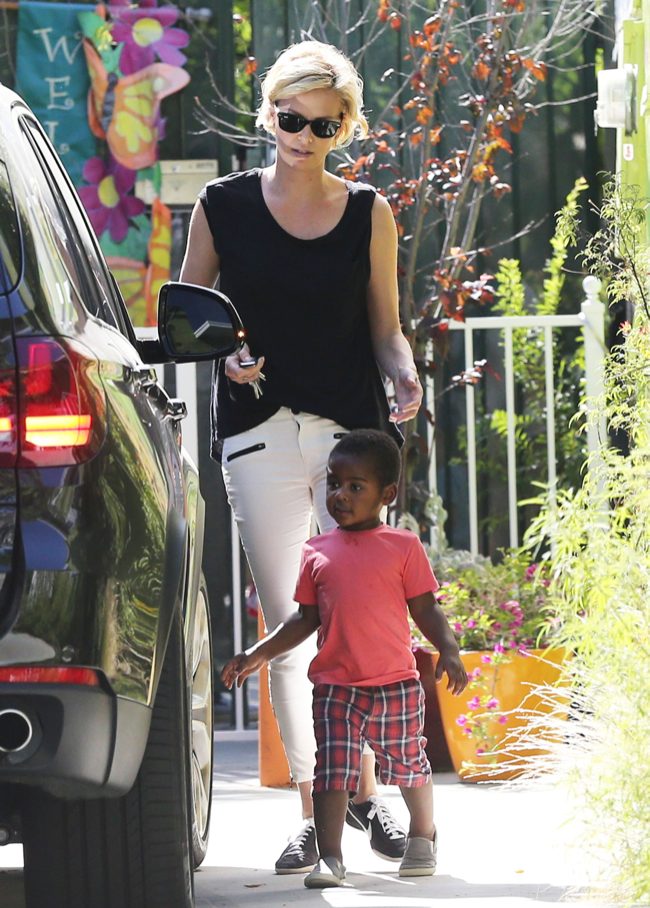 Charlize Theron was spotted running errands with her son Jackson in Los Angeles, CA on Tuesday (May 13).

A Million Ways to Die in the West actress was dressed in a black tank and white capri pants with black zippers. She followed Jackson who wore a red shirt and stripped plaid pants on the way to their car.

Theron recently spoke about being a mom to her son.

“It’s a beautiful change, one that is completely natural,” she told the Mail. “Obviously, Jackson is my priority now. If I have free time, he’s the one who gets it. Not because I have to, but because I can’t wait to be with him. He gets to be the number one in my life.”

She has been dating Sean Penn since February.