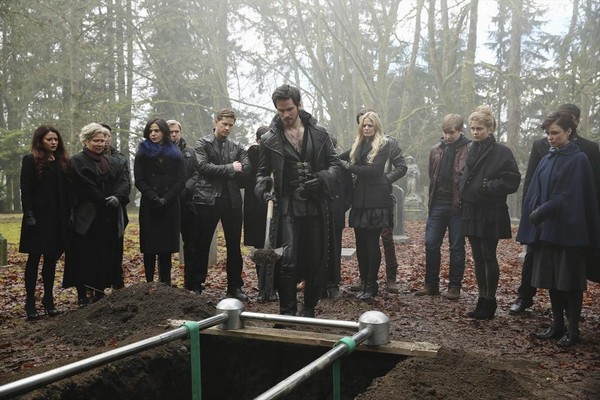 Our favorite fantasy drama ONCE UPON A TIME IN WONDERLAND returns tonight to ABC with a new episode called,  “It’s Not Easy Being Green”  On last week’s episode Neal found himself back in Storybrooke and yearned for a way to reconnect with his son Henry, whose memories of his father were gone, while also trying to find his own father, Rumplestiltskin, whom he had just learned was alive but missing, and Regina discovered a possible connection with Robin Hood.

Meanwhile, in the Fairy Tale Land that was over the past year, agonizing over the death of his father, Neal – with the help of Belle and enchanted candelabra Lumiere – attempted to find a magical solution to bring back Rumplestiltskin from the dead. More happened! Did you watch last week’s episode? We did and we have a full and detailed recap, right here.

On tonight’s episode With Rumplestiltskin as her slave, Zelena challenges Regina to a fight to the death and shocks the Evil queen with the reveal of their familial connection, and the town lays Neal to rest. Meanwhile, back in the past in the land of Oz, a jealous Zelena asks the Wizard to send her to Fairy Tale Land after discovering that she has a sister, Regina, and that Rumplestiltskin is training her to become a powerful force to be reckoned with.

Tonight’s season 3 episode 16 looks like it is going to be as magical as ever so make sure that you tune in and also join us for our coverage for ABC’s hit show at 8:00 PM EST! While you wait for our live updates hit up the comments section and let us know what you think of the episode!