Shakira: I Would Love to Have Eight or Nine kids! 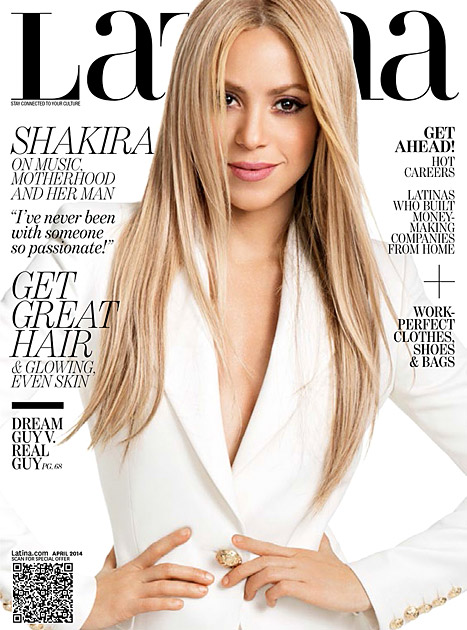 In the April 2014 issue of Latina, Shakira opens up about her family life with fiance, Gerard Pique, and their 13-month-old son Milan.

The Columbian-born singer loves motherhood and claims she would be pregnant again if she didn’t have work commitments.

“If it weren’t because of my music projects, I would be pregnant already,” she says.  “I would love to have eight or nine kids with Gerard — my own football team.”

Now that she is mom the Voice mentor has learned how to focus her time much better.

“I used to go in circles around an idea, but since he arrived, I don’t have much time — I have to rush back home — so he has helped me learn how to focus,” she explains.

Shakira feels blessed that her fans have embraced her new family.

She continues: “In a way I feel supported and, in a very strange way, accompanied through life. They express so much love for Milan, so much affection. I can only hope that as he grows up he learns how to give that love back to all of those people that give him so much every day.”

To read the full interview pick the magazine up on newsstands.