Reese Witherspoon & Her Sons Touch Down in Miami 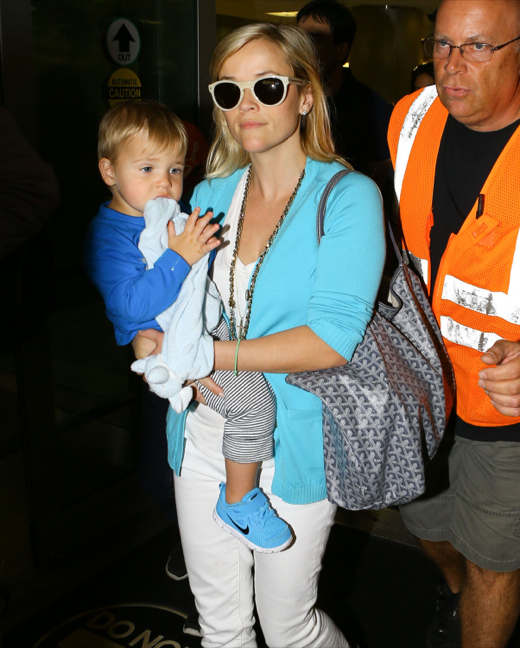 Reese Witherspoon was pictured touching down with her sons Deacon and Tennessee from a flight in Miami, Florida on Saturday (March 29).

The Devil’s Knot actress wore a white tank with matching jeans and a bright blue button-up sweater. She carried Tennessee who chewed on his baby blanket. Deacon followed close by.

Speaking to Elle, Witherspoon revealed that having children made her a better woman.

“Somebody was saying to me the other day, ‘Oh, people get less interesting when they have kids.’ I just don’t think that’s true.  I feel like I was so confused before I had kids, I almost got in my own way,” she told, adding, “Having kids made me clearer about who I was as a woman. I just wanted to exhibit good qualities for my daughter. I was a little competitive before I had kids — probably really competitive, to be honest.  It really made me let go of that.”

Witherspoon shares Deacon and daughter, Ava, with ex-husband Ryan Phillippe. She is parent to Tennessee with husband Jim Toth.

3 Applications Every New Parent Needs and Why