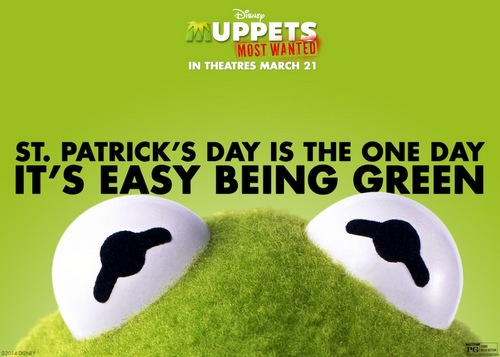 St. Patrick’s Day is one of the best holidays. It means spring is just around the corner and we get a much appreciated break from all this snow!

Kermit the Frog is lucky enough to be green from head-to-toe and the wonderful people at Disney have created a fun e-card for you to send to those fellow muppet fans. St. Pat’s is one day it is easy to be green. 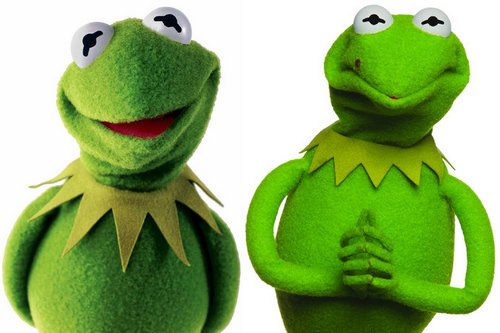 ‘Muppets Most Wanted‘ introduces a new character. In the last film, audiences met Walter, a rather naive muppet clueless to the needs of his best friend. This time, we get a double dose of green! A Kermit lookalike named Constantine manages to rope the muppets into a serious caper.

The entire gang returns in the Euro-set adventure, once again directed by James Bobin from a script he wrote with Nicholas Stoller. This time they go on a global tour, selling out grand theaters in some of Europe’s most exciting destinations, including Berlin, Madrid and London.

Look for many celebrity cameos including Lady Gaga, Salma Hayek, Usher, Tom Hiddleston, James McAvoy, MacKenzie Crook and Toby Jones. Several other famous faces will show up, but are being kept a secret to entice viewers. You will have to pay attention for some as they quietly appear as delivery drivers, journalists or other commonplace roles.

‘Muppets Most Wanted’ opens on March 21st in America and March 28th in the UK.

Get Ready For Rio 2 With Avon Naturals Kids #Review