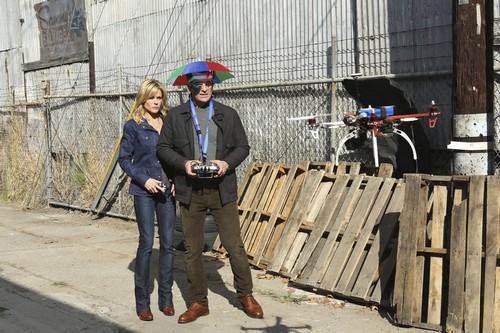 Critically lauded sitcom Modern Family continues tonight on ABC with a new episode called, “iSpy.”  On last week’s episode the high school open house put the parents in a bit of a time warp when Claire found herself stressed out by all the pressure, Gloria encountered a “mean girl” mom (guest starred Jane Krakowski) and Jay taught Phil how to play a little hookie.

Elsewhere, Mitchell got defensive when he encountered his judgmental, environmentalist neighbor (guest star Jesse Eisenberg) and Alexwent to see a therapist (guest star John Benjamin Hickey).  Did you watch the last episode?  We did and we recapped it right here for you.

Claire and Phil decide to spy on Luke and Manny as they’re hanging out with one of their more questionable friends. Meanwhile, Gloria is furious with Jay because she thinks he had a dream about another woman, but Jay misinterprets her anger for another offense he committed. And, Cam secretly uses Mitch as a scapegoat to get out of attending a party, while Haley tries to keep her photography exhibit a secret from her family.

We will be live blogging tonight’s episode with all the up-to-the-minute details.   So come back at 9PM EST and spend the evening with us.  Make sure to refresh often to get the latest updates!

The Jolie-Pitt’s Are Back in Los Angeles