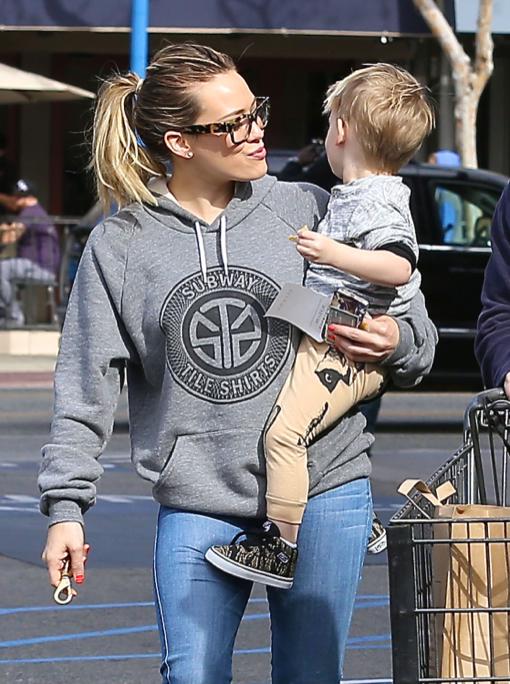 Hilary Duff and her son Luca stopped by Gelson’s with her sister Haylie to do some last minute Super Bowl party shopping  in West Hollywood, CA on Sunday (Feb. 2).

The Flock of Dudes actress was dressed casually in a hoodies sweater and jeans paired with Ugg boots. She carried Luca while a store worker pushed their cart full of groceries.

Duff who announced her split from husband Mike Comrie, last month has warned fans not to read magazine claiming to know the reason.

“Don’t believe the s–t you read! And don’t buy trash magazines! They are so gross and so negative; they literally make my skin crawl,” she wrote via Twitter.

Star magazine claimed the split happened because she was career-obsessed while Us Weekly said 18 months of couples counselling didn’t help because Comrie had stopped applying the things they had learned in recent month.

Pink Take Willow For a Bike Ride Around Venice Beach