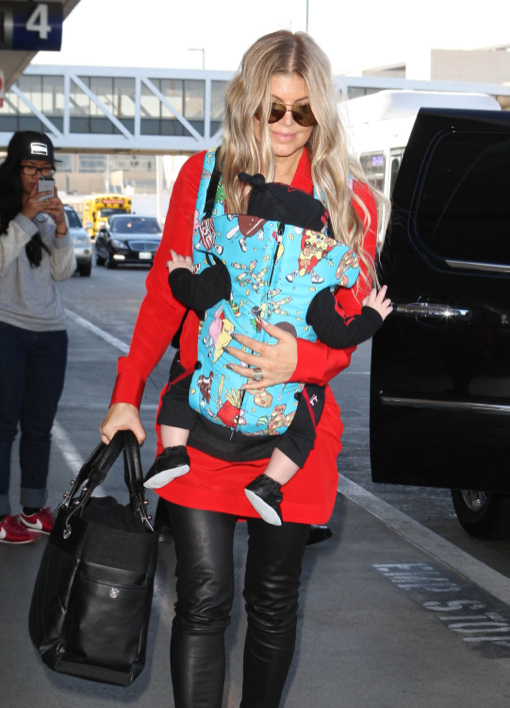 Fergie was photographed departing on a flight with her baby boy Axl at LAX airport in Los Angeles, CA  on Monday (Feb. 10).

The Black Eyed Peas singer was dressed in a long red blouse and skinny jeans. She baby wore the 5-month-old who looked adorable in a Rockstar hat, tracksuit and “Axl” slippers.

“Now they have Axl and Jagger in the family,” an insider tells Us Weekly. “Fergie and her sister are also huge [Rolling] Stones fans.”

Fergie shared a photo of Jagger via her Instagram.

Pregnant Drew Barrymore Shows off her Bump at Book Signing