Pregnant Drew Barrymore Shows off her Bump at Book Signing 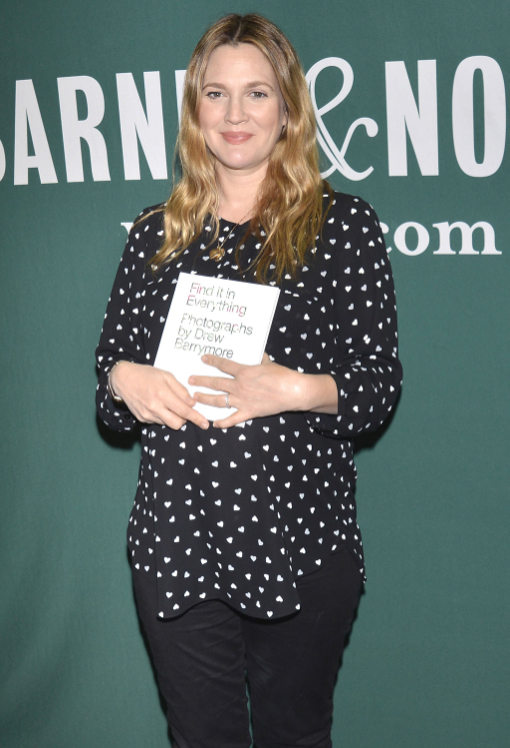 Drew Barrymore made an appearance at Barnes & Noble Bookstore to signcopies of her new book Find It In Everything in New York City on Monday (Feb. 10).

The pregnant actress wore a black and white polka-hearted top with black pants. She greeted fans and answered questions before sitting down to sign copies of the book.

In Find It in Everything, Barrymore shares the photographs she has taken of heart-shaped objects and patterns she has come across over the past ten years.

“Maybe we’ll leave the house and go out to a restaurant and something crazy. When you’re pregnant it’s a lot of at-home eating, stuff like that. I just made him a Godiva chocolate box, so I’m m going to give him that. I personalized it…And I’m going to make him something, because when it comes to Valentine’s Day, I like something made you just can’t by in a store and you can’t replace. It has more value than anything monetary, it’s just so amazing. So I’m going to make him something,”she told E! News of her Valentine’s Day plans with husband Will Kopelman.

Meanwhile, Barrymore shared a shot of two heart shaped frames with photo of her husband in one and her daughter Olive in the other.