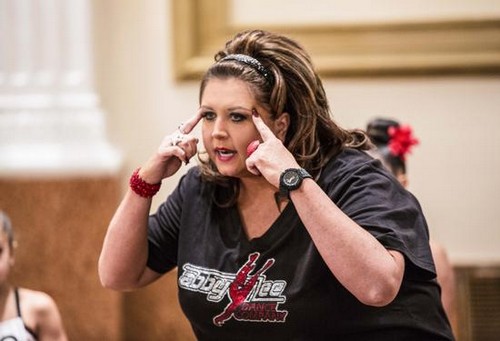 Tonight on Lifetime Abby Mill returns with a new episode of Dance Moms called, “Wingman Down.”  On last week’s episode  the moms were shocked when Abby brought a new dancer named Chloe in for a trial run on the competition team. Christi was concerned Abby would replace her daughter as the two Chloes went head-to-head.

While Holly and Jill were excited about their daughters’ duet, Abby’s was more excited about rehearsing the new Chloe. And for the first time, Melissa felt her girls were being overshadowed.  Did you watch last week’s sixth episode?  If you want to get caught up you can read our full and detailed recap, right here.

On tonight’s episode with Kelly and her daughters no longer at the studio, a lonely Christi isolates herself from the other moms. Kira and her daughter Kalani are tested for a spot on Abby’s competition team. Holly worries that Nia won’t be prepared for her solo due to Abby’s inattentiveness.

Tonight’s episode is going to be another drama packed one, which you won’t want to miss. So be sure to tune in for our live coverage of Lifetime’s Dance Mom’s Season 4 Episode 8 – tonight at 9PM EST! While you wait for our recap, hit the comments and let us know how excited you are about the new season  of Dance Moms tonight.

The New Season of Power Rangers Super Megaforce Is Here