The New Season of Power Rangers Super Megaforce Is Here

Power Rangeres Super Megaforce is filled with more action than ever!

In the 21st season of the iconic Power Rangers series, Prince Vekar arrives with a massive alien Armada to conquer earth. With the help of their supernatural guardian, Gosei, the Power Rangers have been given special morphemes and keys that allow them to morph into Super Megaforce Ranger. Using these keys, they also have the amazing new ability to morph into ANY team of Legendary Rangers from the past, gaining access to their incredible powers, weapons, Zords and Megazords. 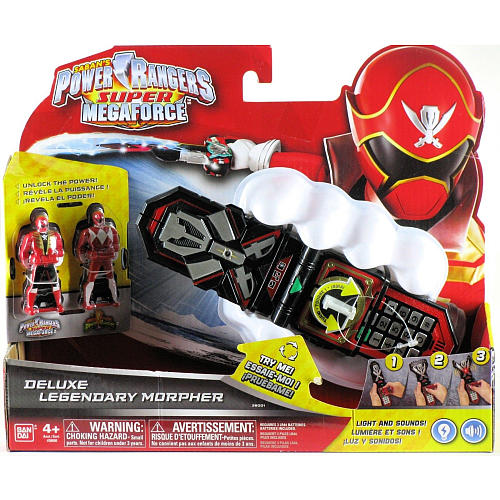 This season, Power Rangers Super Force fans can power up their playtime with new Morpher and key toys. The deluxe Legendary morpher retails for $34.99 and can be purchased at Toys “R” Us and Target. Children can insert keys to activate light and sounds. The morpher also has the ability to recognize Rangers from 20 different Power Rangers season.

The series debuted Saturday, February 15th on Nickelodeon and it did not disappoint. You can catch encores and new episodes every Saturday at 8pm/7c starting February 22nd on Nicktoons.

What character is your child’s favorite?

For more information on the series visit the Power Rangers Website.

John Travolta: Losing My Son Was The Worst Thing That’s Ever Happened In My Life