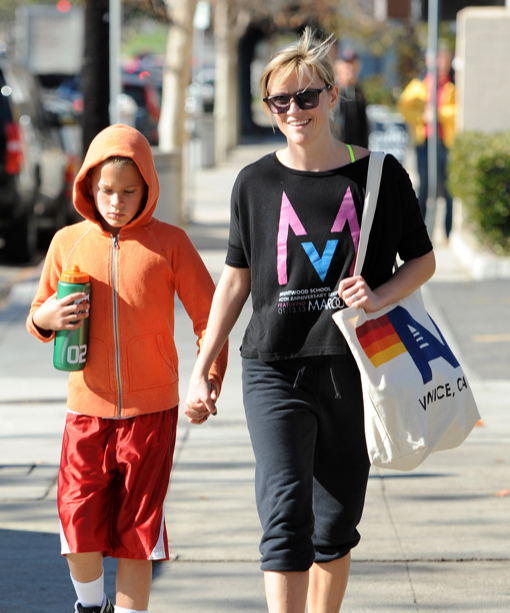 Reese Witherspoon and her son Deacon were spotted leaving a gym after a workout in Brentwood, CA on Saturday (Jan. 18).

”I love the colour. I love the fit. I felt like it was very modern. It wasmoving forward for her in terms of fashion. I feel like it all came together like I wanted it to,” the mom-of-three told People.

Drew Barrymore: I Will Not Let My Daughter Pose For Playboy