Kristen Bell Will Not Censure Herself For Her Daughter 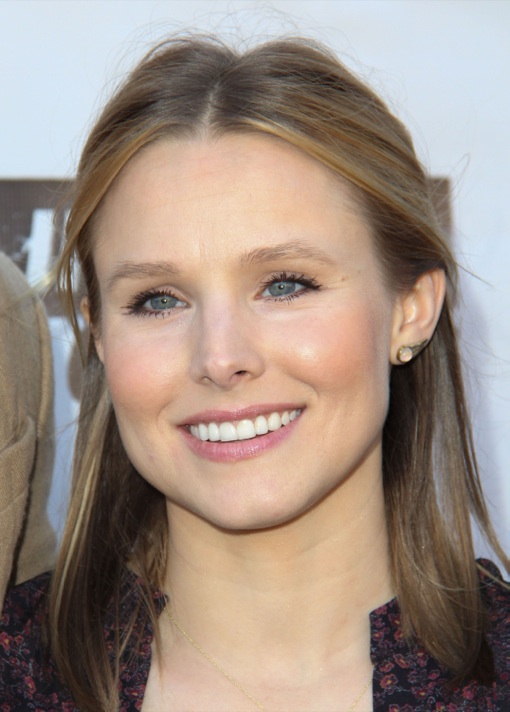 Kristen Bell has appeared in a few roles that could maybe be deemed worthy of censure over the years. The actress who has appeared in House of Lies and Veronica Mars has a philosophy for the upbringing of her daughter Lincoln that, at least, is keeping faith with her roles outside the household as she is not planning on censuring television material that her 10-month-old will be watching, at least not as it pertains to her own performances.

“She can watch whatever she wants,” Bell told tv host Chelsea Handler. “People ask, ‘Oh, well you’ve done some sexy material. Do you not want her to see that?’ And I’m like, ‘My guess is if she’s anything like the other 5 billion people on the planet, she’s gonna grow up and enjoy sex, so I’m not gonna be shocked by that.'” She went on to use the v-word to make her point even clearer: “I just think you’re setting yourself up for disaster if you try to keep them little,” said she. “She’s gonna grow up. She has — newsflash! — a vagina, and she’s gonna figure it out one day, and more power to her.”

Bell, who will star in the 2014 film Veronica Mars based on the early 2000’s series, was not shy during her pregnancy to speak truthfully about her fear of not liking the baby as much as her dogs as she didn’t go seem to go through the bonding phase that is such a crucial period of pregnancy for many mothers.

“I kept saying to Dax(husband) in all sincerity during my pregnancy, ‘I just don’t know how I’m going to like her as much as I like the dogs.’ I was being serious,”she told a magazine. “Because I f–king love my dogs; they are my children.”

“I love people the more I know them, and I didn’t know her,” Bell affirmed. “It could’ve been a water bottle in my belly, that’s about how connected I felt to her during my pregnancy. But within about 24 hours after she came out, my hormones reset, and they reprogrammed my feelings about her.”