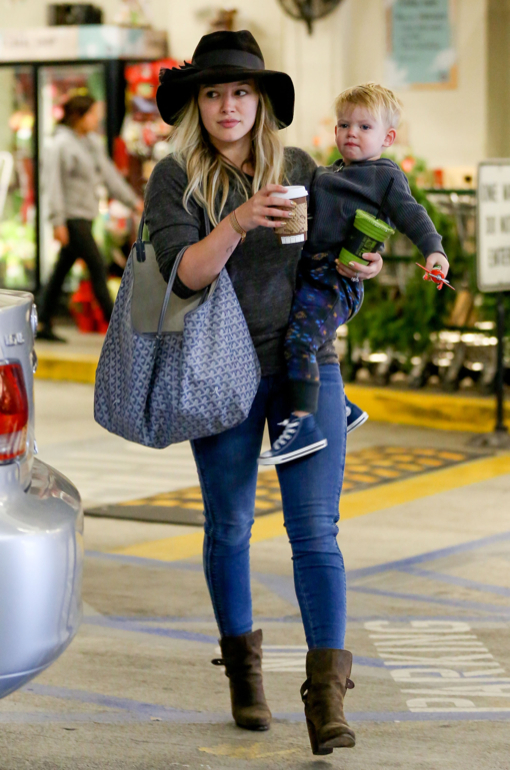 Hilary Duff and her son Luca were photographed doing some grocery shopping at Whole Foods in Beverly Hills, CA on Friday (Dec. 6).

The Flock of Dudes actress was dressed in a grey sweater, skinny jeans and boots.  She carried a cup of coffee in one hand and Luca in the other.

Duff has revealed that she is nervous about returning to the music industry.

“Honestly, it can be intimidating. I’m not comparing myself to (Miley Cyrus) but a lot of the things that go on in pop music are not me or who I am. Or not yet. Who knows what I’m going to wake up tomorrow and feel like?” she told Canadian newspaper Winnipeg Sun. “I really just try to come and be who I am… And one person that I think is a really good example is Taylor Swift. She’s really honest with her lyrics and her stage show isn’t like some crazy thing that’s controversial.”