Kendra Wilkinson is Suffering From All Day Morning Sickness 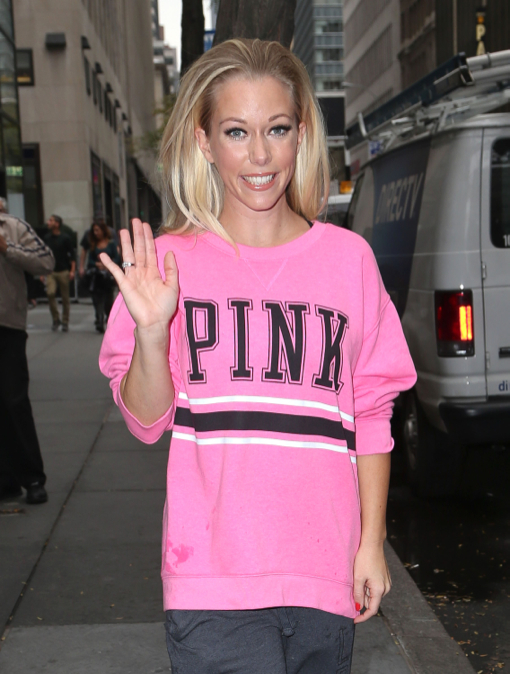 Kendra Wilkinson who is expecting baby number two with husband Hank Baskett admits morning sickness has taken over her life.

“It actually hits me more at night than any other time,” the Kendra on Top star tells People about her “all day” sickness. “I want my energy back … and not have to be so tied up next to a bathroom.”

Mom to Hank Baskett Jr, the Wilkinson has picked up a couple tips to battle the nausea as she finishes her first trimester.

“It’s those little tricks like being in the cold … and I’ve been pushing myself to go outside every day and take a big hike,” the former Playboy model shares. “The fresh air has really been helping me.”

This time around she is much more laid-back.

“The first time around, I was like ‘How many months am I? What day am I at?’ This time, I don’t even know [exactly] when this baby is due! I have about two more weeks, maybe three [until I’m in my second trimester],” she tells.

Wilkinson has nothing but praise for her husband.

“Hank has been such a team player,” Wilkinson says. “He’s the one who has to deal with my symptoms and hear my problems. I already have cravings and they’re very specific. As he’s getting into bed, I’m like, ‘I need food!’ – usually cheese. Every night this happens, and if he brings up yellow cheese and not white cheese … Oh my God, go back downstairs. He’s having to pay the price.”

The couple will be finding out the sex of the baby soon, but tell they’re just hoping for a healthy bundle of joy.

“There’s nothing on our minds that makes us say, ‘I really want a girl or I really want a boy,’” says Wilkinson. “I always said I will not have another baby until I’m in the happiest place I’ve been since the birth of Little Hank and this is it. It’s the four-year age difference — [our son] understands and he’s asking for [a sibling].”

This will be the last addition to their family.

“No more,” the reality star insists. “I might tie [my tubes] or take them out or whatever you do with it!”

Emile Hirsch is a Dad!