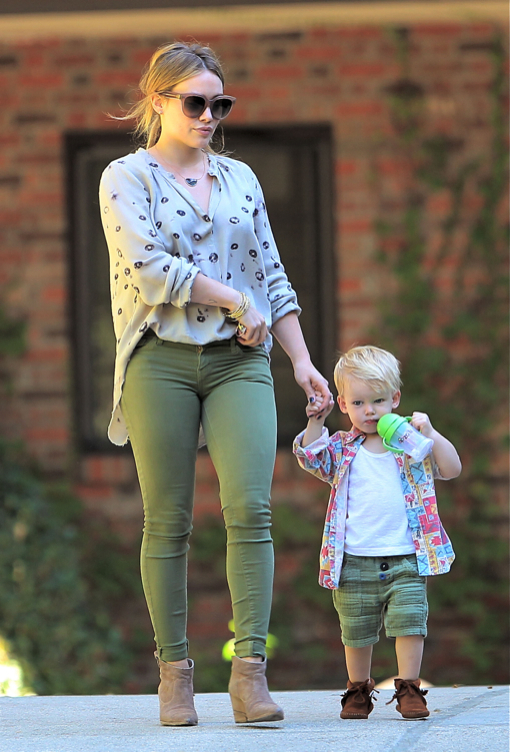 Dressed in a blouse, army green jeans and booties, the singer held Luca’s hand while leaving the class. Unfortunately, the toddler tripped and scraped his knee.

Duff is back in the studio to record her first album since giving birth to Luca.

“I’m going to focus on my music,” she told reporters at a FIJI Water event. “It’s been a long time coming. I’m finally buckling down and getting in the studio.”

She recently gave fans a sneak peak by sharing a shot of some lyrics from a new songs on Twitter.