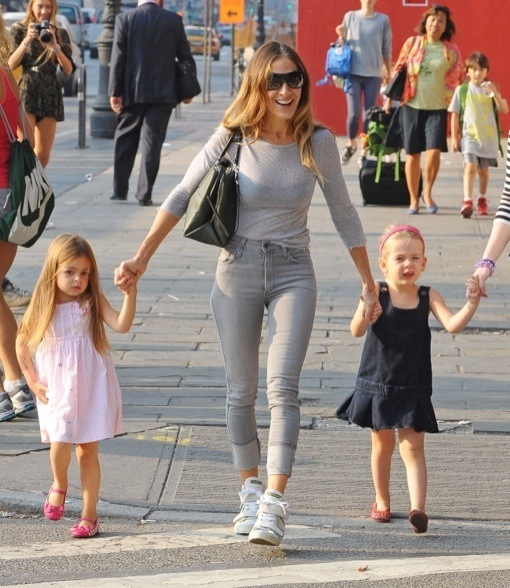 Sarah Jessica Parker made her daily school with her twin daughters Tabitha and Marion to school in New York City on Friday (Oct. 4).

The Sex and the City actress was dressed in a grey sweater, high-waist jeans and white high-top running shoes. She smiled happily as she held the hands of the two girls. The twins looked adorable as usual while both wearing dresses.

Parker will be returning to the theatre stage alongside Blythe Danner in The Commons of Pensacola.

Written by actress, Amanda Peet the dark comedy follows Judith (Danner) as she is forced to leave her luxurious New York lifestyle and move into a one-bedroom condo in Pensacola, Florida. When her daughter Becca (Parker) pays her a visit, Judith’s life is thrown for a loop when everyone’s motives are questioned.

Performances at the Manhattan Theatre Club will begin on October 22. An official opening id scheduled for  November 21.

Behind the Wheel-Dealing with Teen Drivers