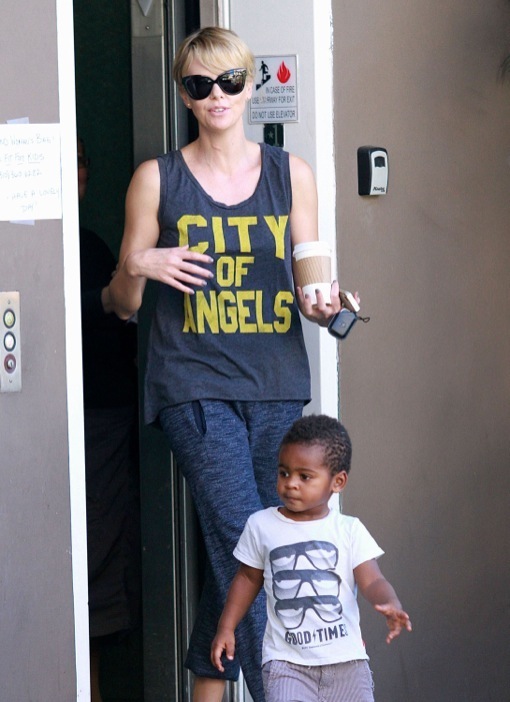 Charlize Theron was photographed out and about with her son Jackson on October 16, 2013 in Los Angeles, California.

The Prometheus actress was dressed casually in a navy tank top with the words, ‘City of Angels’ printed on the front and matching pants. The toddler walked ahead wearing a white top, khaki pants and sneakers.

Theron recently gushed about the 22-month-old how big he is getting.

“He’s not little any more—he’s huge!” she said. “He’s just growing at a rate that I feel like every morning, I’m going to walk into his room and he’s going to be like Hercules, like busting out of his pajamas…He’s amazing. He truly is heaven on toast.”

Meanwhile, the star was awarded the Power of Women award for her fight against HIV/AIDS in her native South Africa.