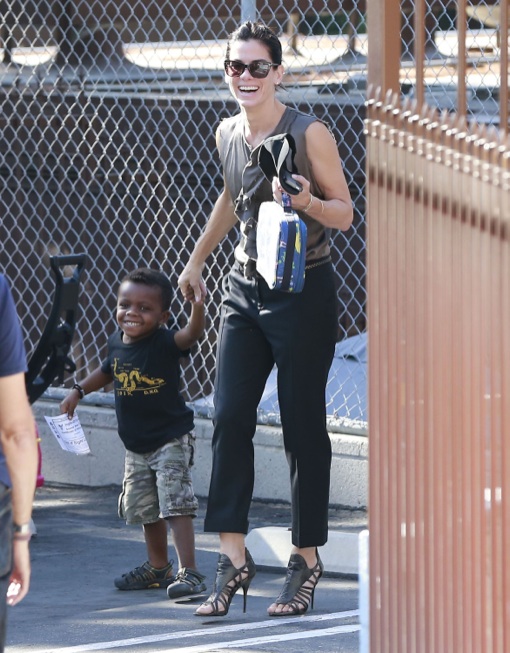 Sandra Bullock picking up her son Louis from school in Los Angeles, California on Thursday (Sept. 19).

The Gravity actress was dressed up in a grey tank, ankle dress pants and black sandals. She smiled and giggled while leaving the school with the 2-year-old

Bullock admits her son Louis is very protective of her.

“He’s in a situation where he’s not liking that someone’s there with a camera. He’s usually giving stink eye, but he’s giving stink eye because he doesn’t want anybody messing with his mom. That’s what breaks my heart, because he’s doing it…he’s like, ‘Don’t get near my mom,’” she told E! News. “Any time any man gets near me, he’s like, ‘Dude, don’t get near my mom.’”

Meanwhile, the actress is taking a break from traveling after promoting her new movie Gravity around the world.

The Three B’s of Parenting