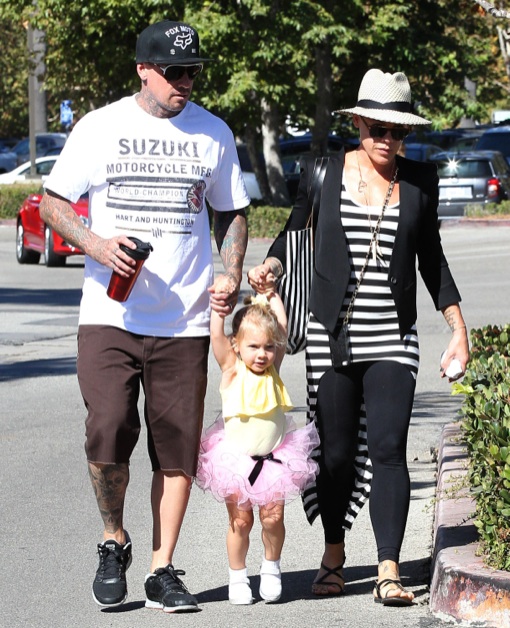 Pink and husband Carey Hart took their daughter Willow out for breakfast at Coogies in Malibu, CA on Sunday (Sept. 22).

The two parents walked while holding the 2-year-old’s hands. Wearing a yellow tank and pink tutu Willow jumped and swung with the help of her parents.

The singer who recently made acting debut in Thanks for Sharing says she is unsure what her future hold.

“I don’t know what I’m going to do from here,” she said while promoting the films. “I don’t know if I’ll do anything right away or maybe I’ll just make another baby. I don’t know. Maybe I did what I was supposed to do… I would have just continued to do (entertainment) forever, but now I could see myself scrubbing the floors in a preschool bathroom. I could totally see that.”

Meanwhile, she has been named Billboard’s Woman of the Year. She will be honored in December.