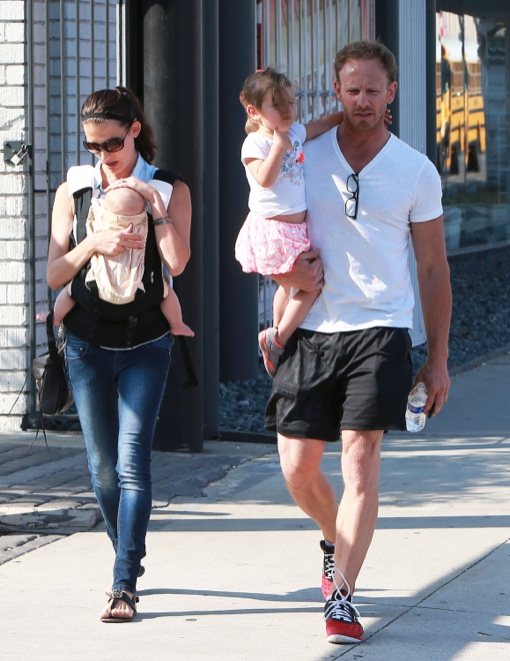 Ian Ziering were spotted shopping at Rapport International Furniture with his wife Erin Ludwig and their daughters Penna & Mia in Los Angeles, CA on Tuesday (Sept. 10).

The former 90210 actor was dressed casually while carrying the 2-year-old toddler. Erin baby wore the 4-month-old as she affectionately rubbed her forehead.

During the summer, Ziering performed as a guest headliner at the Chippendales Show in Las Vegas.

The actor recently appeared in the TV movie, Sharknado.