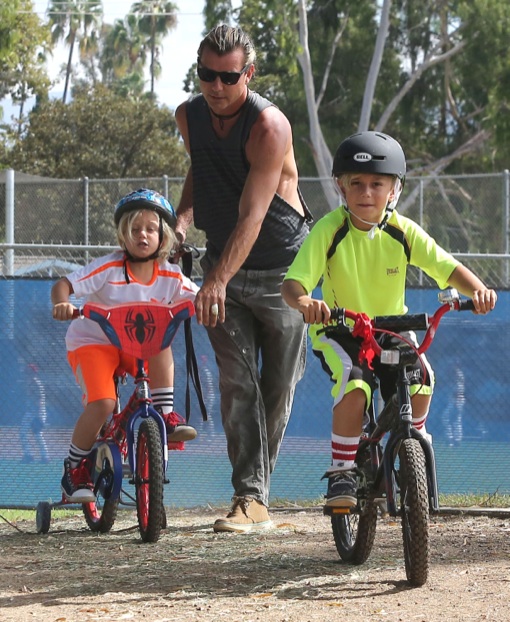 Gavin Rossdale took his sons Kingston and Zuma to a park to ride their bikes in Van Nuys, CA on Saturday (Aug. 31).

The Bush singer in a tank and jeans while helping his younger son get the hang of riding his back. Kingston seemed to have no problem and rode a bike without training wheel just fine.

After there bike ride, the boys along with their nanny played on teeter-totter.

Rossdale’s wife singer Gwen Stefani who is known for her rock hard abs says their is no secret behind her physique.

“There is no secret: you just have to eat healthy, work out, and torture yourself!” she told Harper’s Bazaar last year. “But it’s more for my brain than it is for my body,”

What do you think? Is it refreshing to have celebrity mom admit she works super hard to stay fit?

Jessica Alba & Family Soak Up The Rays on Holiday Weekend