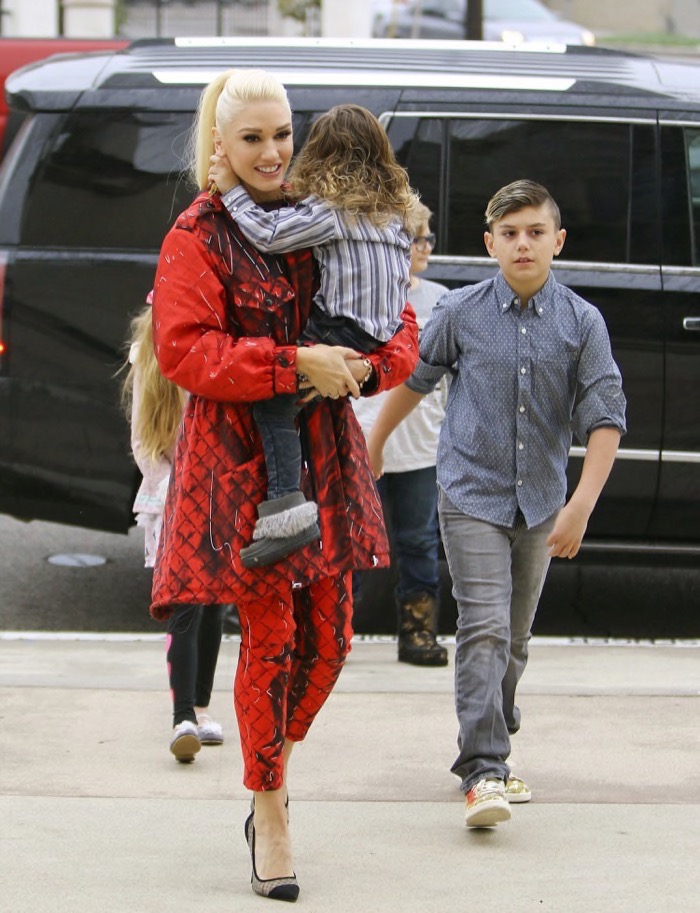 The Voice mentor was dressed chic in red and black printed pants with a matching oversized coat. She carried Apollo while Kingston walked next to them. Zuma followed behind.

Stefani says her style has changed since she entered motherhood.

“I see certain people out there who will have a baby and they almost try to make up for it.” the singer told Vogue in 2016. “I’ll wear something, and my kid will be like, ‘No way! Your stomach is showing, go take that off!’ Certain things just don’t work anymore, you don’t feel comfortable, or you did that already. But I still like the same stuff.”

In other news, Stefani was named Revlon’s newest brand ambassador. The campaign was announced on Revlon’s Instagram with a video of Stefani.

They confirmed their relations in November 2015.