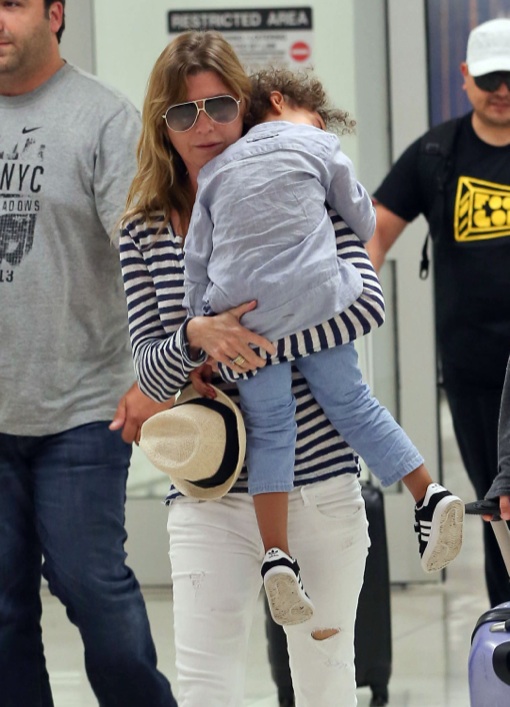 Ellen Pompeo was photographed arriving on a flight at LAX with her husband Chris Ivery and their daughter Stella in Los Angeles on Tuesday (Sept. 3).

The Grey’s Anatomy actress was dressed in a striped sweater and white ripped jeans and flats while carrying the sleepy youngster. Ivery carried their bags.

It is rumored that this may be Pompeo’s last season on Grey’s Anatomy.

“Last time they kept me guessing up until almost the last minute, which was really stressful. This time I asked to know much sooner, so that we could plan for it. If one of the Originals is going to be leaving I want to give them the beautiful exit they deserve. I don’t want to be kept guessing about what’s going to happen.” show creator Shonda Rhimes tells.

The Benefits of Coconut During Pregnancy