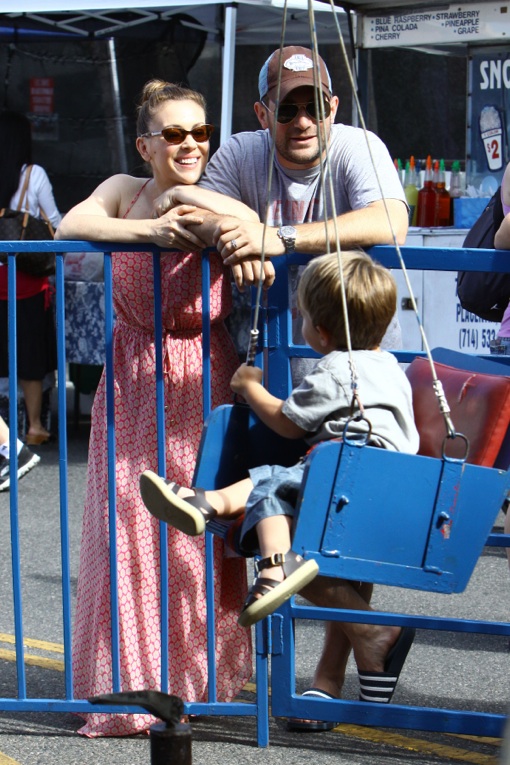 Alyssa Milano was photographed enjoying Labor Day weekend with her husband Dave Bugliari and their son Milo at the farmer’s market in Studio City, CA on Sunday (Sept. 1).

The Charmed actress wore a long maxi dress while taking a miniature train ride with Milo. Later, the 22-month-old got to enjoy an amusement swing ride as he parents looked on affectionately.

Alba reveals that Milo is a mix of both his parents.

“He’s kind of got the best of both of us, I think,” she mused. “I think he’s a lot more of a showman than I was at that age. He likes to perform already. He loves animals, which he gets from me.”

She can currently be seen on ABC’s sexy new dramedy Mistresses.

Jessica Alba & Family Soak Up The Rays on Holiday Weekend