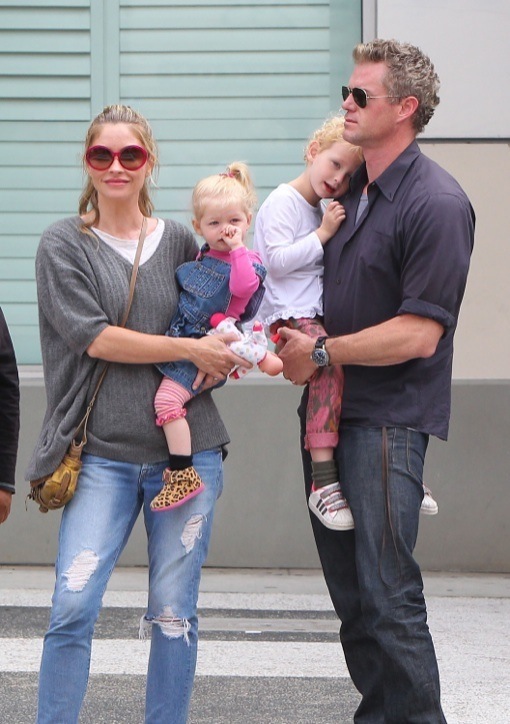 The For Better or Worse actress dressed casually in a grey sweater and ripped boyfriend jeans as she held Georgia. Her husband wore a dress shirt with jean and sneakers while carrying Billie.

This past season, Eric’s character Dr Mark “McSteamy” Sloan met his tragic demise on Grey’s Anatomy.  The actor is not taking a break from acting though. He has already signed on to play the role of a heroic Navy commander in The Last Ship.

The actor plans to spend as much time as possible with his family before filming begins.

“Be with my kids. I’m not working intentionally because I know that in October I’ll be away for a while. When I’m working, I leave the house at 6 a.m. and I’m back at 8 [p.m.], and I’m missing an entire day of my kids’ lives. It’s nice to watch them sleep but it’s more fun when they’re awake,” he told of his summer plans.

The TNT drama is set to air next year.

Jessica Alba Takes Her Two Mini Me’s to a Party