Angelina Jolie Touches Down With Maddox 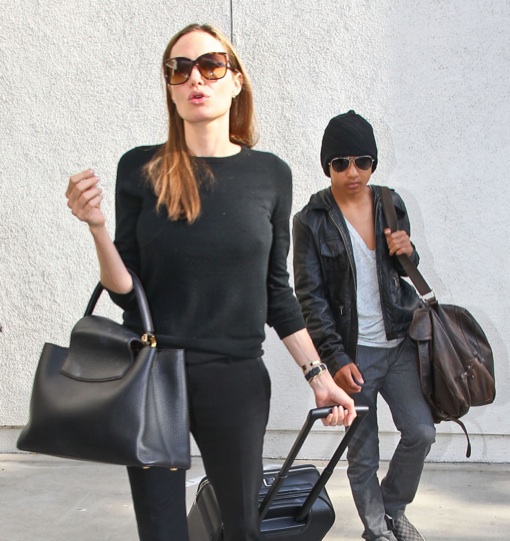 Angelina Jolie and her son Maddox Jolie-Pitt arrived on a flight at LAX airport in Los Angeles, CA on Thursday (Aug. 15).

Taking a break from her jet setting lifestyle, the actress wore her usual black attire while pulling a black carry-on suitcase while arriving home.  Maddox looked stylish wearing a leather jacket with jeans paired with a beanie hat and aviator glasses.

The two were returning from Florida, where Jolie was promoting her upcoming Disney film, entitled Maleficent.

“I’d go over to the children (visiting the set) and say hi, and they would scream and run off,” Jolie told the crowd at Disney’s annual D23 expo over the weekend. “One little boy actually said, ‘Mommy, please tell the mean witch to please stop talking to me.'”