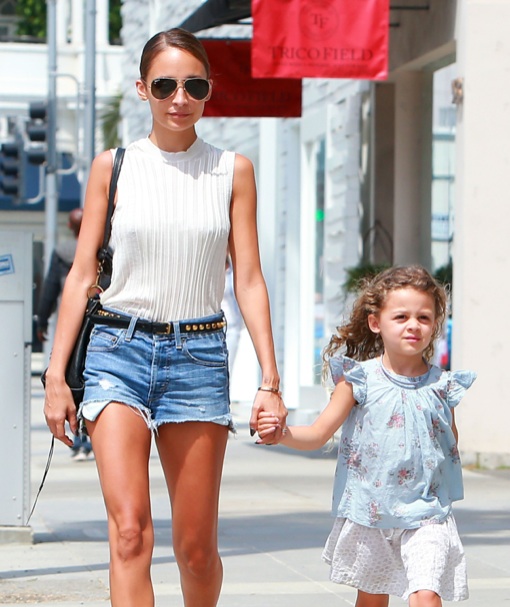 Nicole Richie was spotted shopping with her daughter Harlow at Trico Field in Beverly Hills, CA on Tuesday (July 2)

The reality star turned designer recently revealed that attending the Grammy’s with her dad, Lionel Richie is her most memorable red carpet moment. “

“I was 4 years old [a year younger than her daughter Harlow is now] and my father’s costume designer made me a dress out of the excess fabric of one of his stage costumes,” Richie explains. “It’s safe to say I stole the show that year.”

Nicole’s husband Joel madden just arrived back in Los Angeles after  judging the Australian version of The Voice.