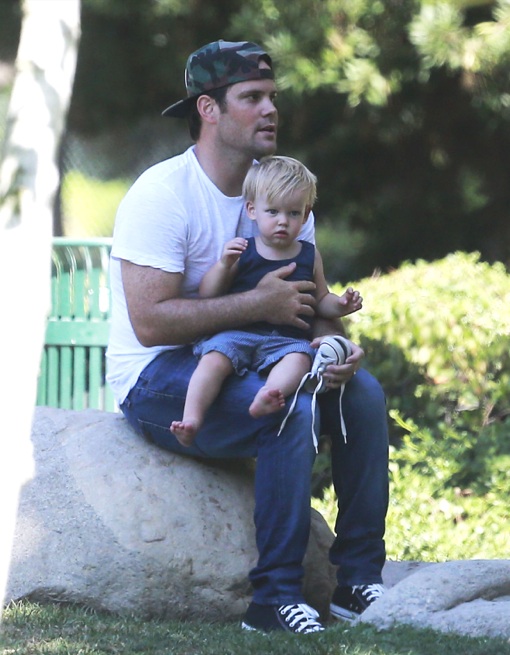 Mike Comrie was photographed enjoying a day with son Luca at a park in Beverly Hills, CA on Monday (July 15).

The former NHL player and husband to Hilary Duff, held the 1-year-old close as they relaxed in the shade. Comrie also watched while Luca ran around.

Hilary recently admitted their is a learning curve to being a first-time mother.

“It’s kind of a heaviness at first, when to admit you just need to get away for a second, that’s one thing I learned that is OK,” she explained to omg! Insider.

The couple did just that over the weekend. They enjoyed a night out at the trendy Boosty Bellows club in Los Angeles.

Fergie and Josh Duhamel Having A Baby Boy – Confirmed (VIDEO)