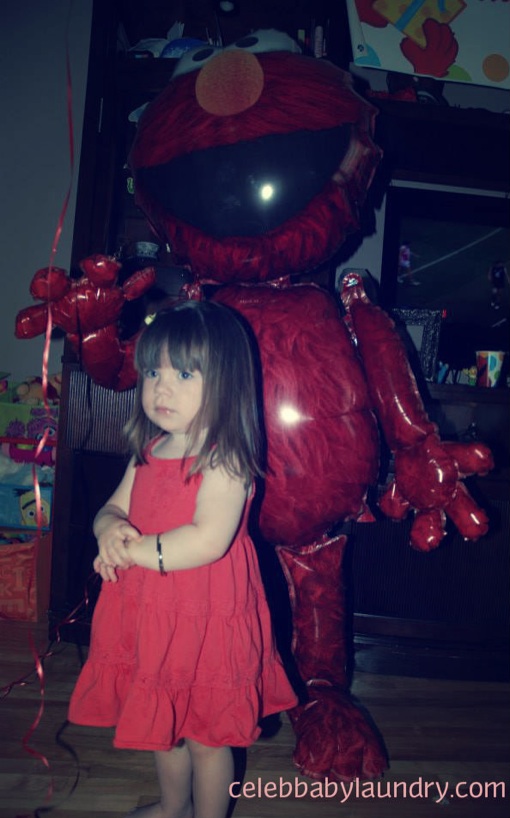 This passing Saturday I celebrated my daughter, Ava’s second birthday with friends and family. As mentioned earlier in the month, I had planned her a Sesame Street party.

As the big planner, my day started out a little stressful. I had to get out early and have the helium balloons blown up and then somehow sneak them into the house. Decorating the house without her knowing was even harder! She knew something was up when dada kept taking her in the other room. First when I got home, then when her cake arrived and finally the catering. Luckily she got up early, so by mid-morning she was really tired and took a nap. I decorated the house hoping she would only wake before her guests arrived.

I think she was in Sesame Street paradise when she woke! The first thing she said was, “ELMO!” and started running around taking in all the decorations. Once all our guest arrived, she got a little timid because she is not used to so many people in the house, but after a while she opened up.

The last thing I want to do is slave away in the kitchen on my daughter’s big day. So, I ordered catering from a small grocer across the street from us. For a $100 dollars I got enough food to literally feed a whole army! It was really worth it. I recommend doing this if you can find a cheap place.

Ava’s cake was the best part of the party. I have no words to express how amazing the cake was. The designer, Jolie Gateau not only did an amazing job, but it was not too expensive either. Ava loved the little balls on the cake and started to eat them immediately.  Jolie Gateau also did Ava’s Sesame Street cupcakes which were just as amazing. Our guests couldn’t get over how amazing they looked and they were more than willing to take the extra cupcakes home!

In conclusion, the party was great. I love that the party created a special memory with my daughter and also brought my whole family together. My parents are divorced and I don’t get to see them together anymore, so it’s nice I can share a special moment with my daughter and have them there at the same time. It’s great they have put their differences aside and their significant others have become comfortable around each other enough to do this. Family really means everything to me.