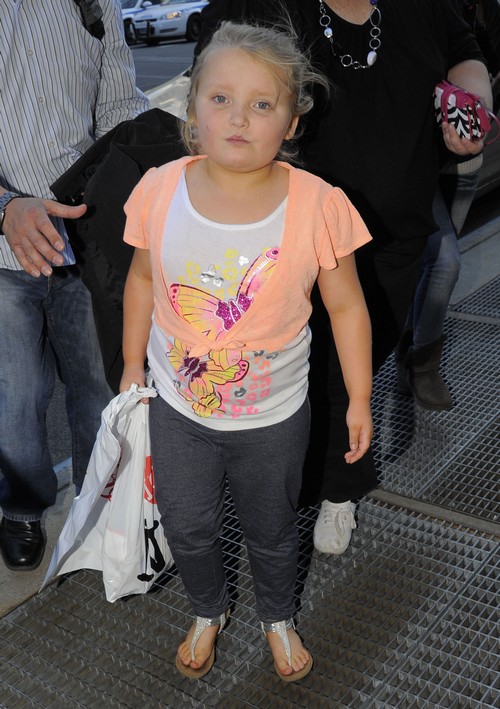 In a move that not even Nene Leaks would approve of, Alana Thompson aka Honey Boo Boo has retired from pageants. It’s not just oh she quit the scene but she’s giving up what originally shot her to fame. That’s before she even won the highest title.

But yes this is the end. Her mom, Mama June, says they’re too busy. They have their wildly popular TV show and Alana was only doing pageants during the summer and weekend.  Mama June is also busy helping her eldest with her granddaughter. So hey something had to give.  Unfortunately that had to be Honey Boo Boo’s dream of the stage.

June confirmed to In touch Honey Boo Boo is done, “We haven’t done a pageant for a while, because we’re so busy with our show [TLC’s Here Comes Honey Boo Boo] and school and life in general.”

What about Sugar Bear? Why can’t he take her to perform? Pageants might be a dangerous profession, health wise, but it’s not as if her daughter was one of the many that were forced to do it. She enjoyed the happy Juice she drank before getting on stage even when experts say it could cause a heart attack.   What do you think should Honey Boo Boo’s mother have forced her to stop the pageants.  Hit the comments and let us know your thoughts.

Kim Kardashian Opens Up About Motherhood