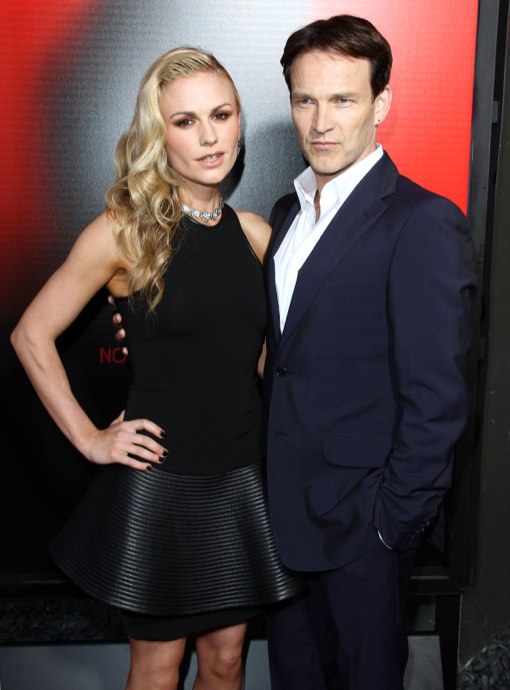 Anna Paquin and husband Stephen Moyer opened up about their children for the first time while walking the rep carpet 0f HBO’s True Blood Season 6 at The Arclight Cinemas in Hollywood, California on Tuesday (June 11th).

When E! News asked the actor about his Father’s Day plans, Moyer said his 10-year-old daughter Lily (from a previous relationship) was leaving for sleep-away camp this weekend. He then added that he’ll be spending Sunday, “hanging out with Charlie and Poppy.”

After the birth of their twins in August, the couple decided not to confirm their gender or names.

Paquin added that she is planning something special for the new dad on Father’s Day.

“I can’t tell you because that would ruin the surprise,” she laughed. “I don’t know about [it being a] big surprise, but yes, there are plans.”