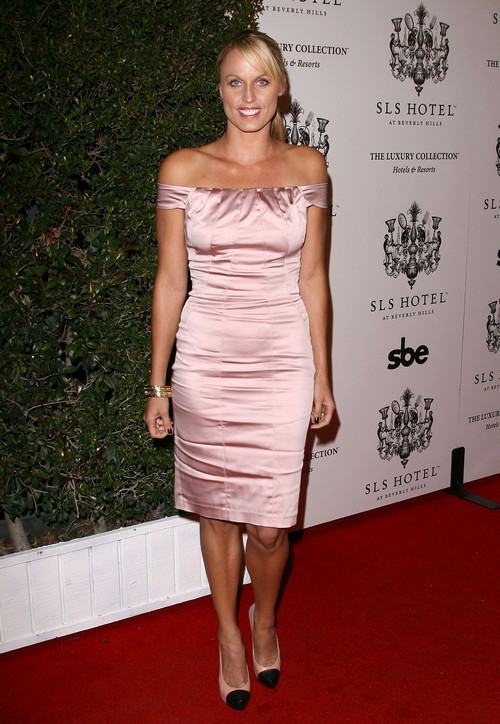 Olympic swimmer Amanda Beard is now the proud mother of Doone Isla Brown, after having welcomed the little girl into the world yesterday afternoon. The 31-year old was delighted to announce to her fans about the birth of her second child to husband Sacha Brown via her official website, in which she also attached a photo with.

“Doone Isla Brown was born happy and healthy June 19th at 3:34 p.m,” she wrote before uploading an adorable photo of the little girl who appeared to be sleeping at the time in her snuggly blanket. Beard didn’t waste time to let everyone know that the baby had arrived, which wasn’t exactly what she did when she found out she was pregnant.The athlete waited five months before confirming in February that she was indeed expecting another child. No word on why she decided to keep it a secret for so long, but she did dish on how much easier this pregnancy was than her first, stating that she feels much more relaxed and has much more energy to do things. “I’ve only been sick a couple of times, and I have way more energy.”

Now that Amanda has had her baby, we wonder how hard it’s going to be for her to get back in shape to practice for the next Olympics. Well, she still has three years, so there’s absolutely no rush, right? We wonder if Amanda is going to have her three-year old son and her newborn daughter compete in the Olympics as swimmer when they get older. Wouldn’t that be amazing? 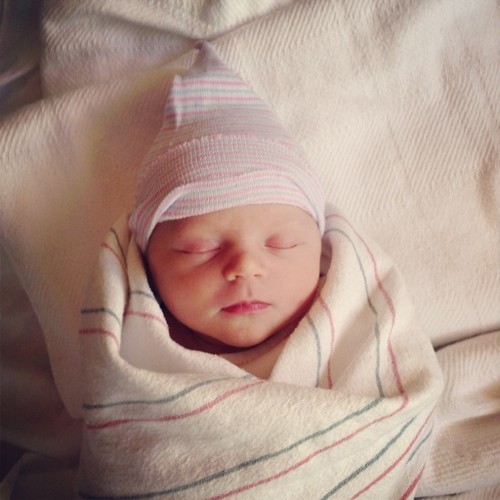 Rachel Zoe Is Pregnant With Her Second Child