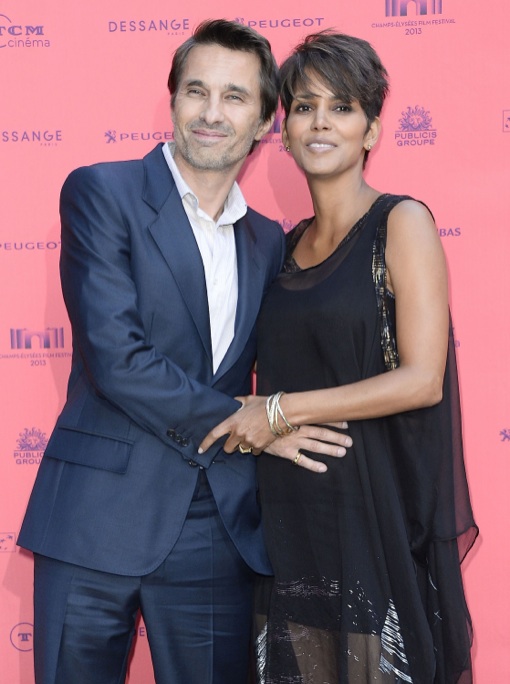 Halle Berry and her fiance walked the red carpet together at the Toiles Enchantees Party in association with the 2013 Champs Elysees Film Festival at Publicis Champs Elysees in Paris, France on Thursday (June 13).

Toiles Enchantees is a charity organization that brings films to French hospitalized children.

Earlier in the week, Martinez revealed Berry’s was pregnant with a baby boy.

“My son will be an American, but I remain French,” Martinez told while talking about being a foreigner in America at the opening night of the Champs-Elysées Film Festival (June 12).

What do you think of Berry’s maternity style so far?