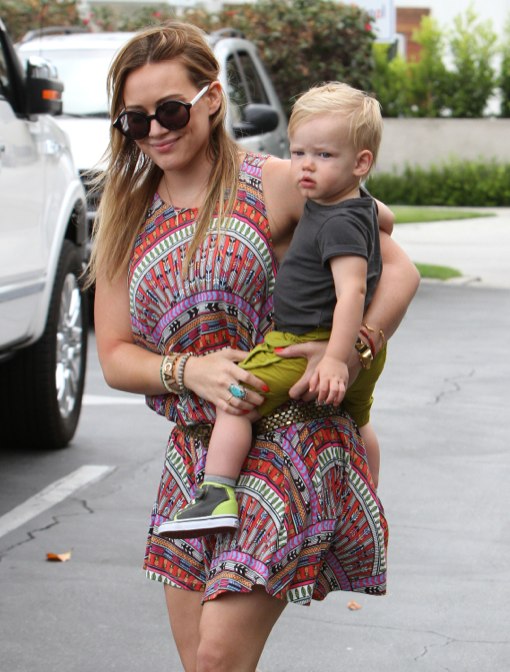 Hilary Duff was pictured stopping by Fred Segal with her son Luca in West Hollywood, CA on Tuesday (June 11).

“I’m at a really fun stage right now,” the Two and a Half Men guest star says. “My son is 13 months, so we just celebrated his first birthday. He’s running around everywhere. He knows what he wants and what he doesn’t like and really has a personality now.”

Meanwhile, Duff tweeted about a new do it yourself project on Tuesday.

Are Nick & Vanessa Lachey Planning For Another Baby?