Dave Matthews Strolls With His Kinds in The Big Apple 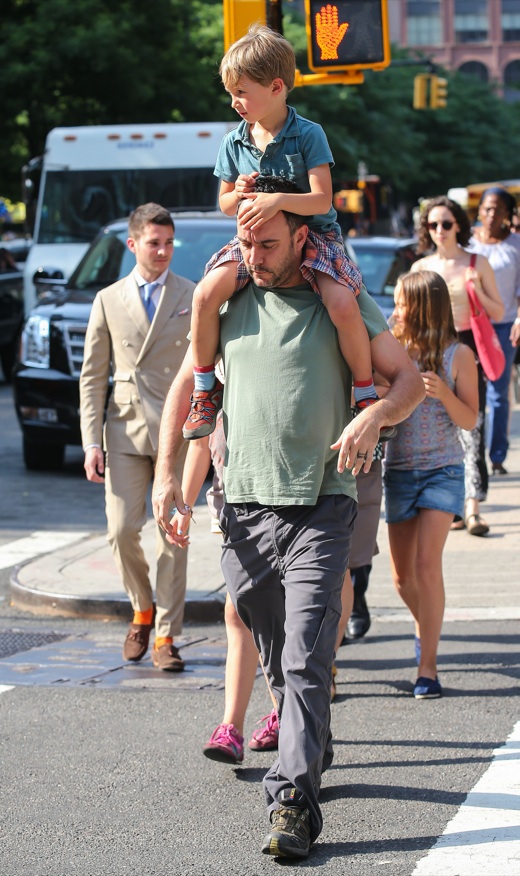 Dave Matthews out for a stroll with his children in New York City on Thursday (June 27).

The singer dressed casual in a green shirt, dark khakis and runners while carrying son, August Oliver, on his shoulders. His twin girls, Stella Busina and Grace Anne walked behind.

Despite being apart of the successful Dave Matthews band for over 20 years, Matthew claims he is a spaz and incompetent in may areas of his life.

“In so many areas of life, I’m a spaz and incompetent,” he told UT San Diego. “I’m far below the average. I’m exceptionally poor at most survival skills.”

The band is set to perform July 3 at Darien Lake Performing Arts Center in Buffalo, NY.