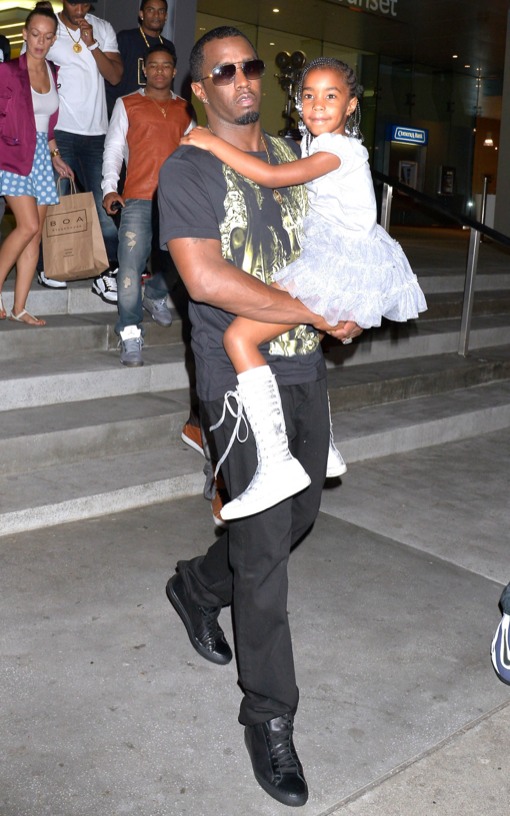 Sean Combs aka “P Diddy” treated his ex-girlfriend, Kim Porter, to a Mother’s Day dinner at BOA Steakhouse with their twin daughters, D’Lila and Jessie, in Los Angeles, CA on Sunday (May 12).

The rapper was dressed in a black shirt and pants while he carried one of the twins out of the restaurant. Porter followed behind and posed for photos while heading to their car.

Earlier in the day, Sean posted a photo of Kim with all four of her children on Instagram,

He also visited ex Sarah Chapman, who gave birth to his eldest daughter Chance in June 2006. He shared a shot of himself, Sarah and Chance on his Intstagram.
Image Credit: Fame/Flynet
Continue Reading

10 Ways for Mom to Spoil Herself This Mother’s Day