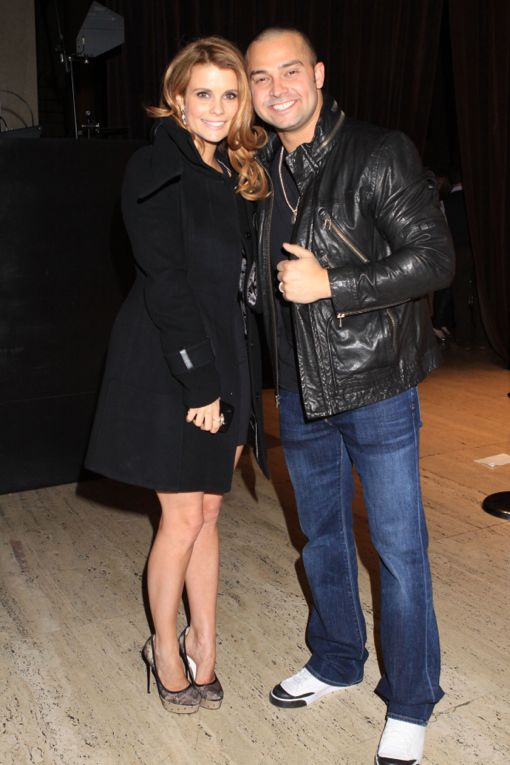 According to the Associated Press, the Cleveland Indians first baseman  was placed on paternity leave on Tuesday (May 22).

“I am so excited. I never in a million years thought I’d have a little girl, but over the last six months, the pink and purple dresses that I’ve bought, I’m telling you. . . My wife, Jo, she says, ‘You’re going to spoil that little girl so much.’ I can’t wait, man,” Swisher said to Yahoo! on the Field’s Ben Lyons before the birth. “I talk to her every night. Jo and I, we’re so excited to meet her and to bring her in the world and give her a whole lot of love.”

Garcia who is best know for her role on Reba announced her pregnancy via Twitter in November 2012.

Th couple married at the Breakers Hotel & Resort in Palm Beach, Fla in 2010.

Heidi Klum Indulges In Iced Coffee With Boyfriend and Leni

You might also likeMore from author
Emerson Jay Swisher