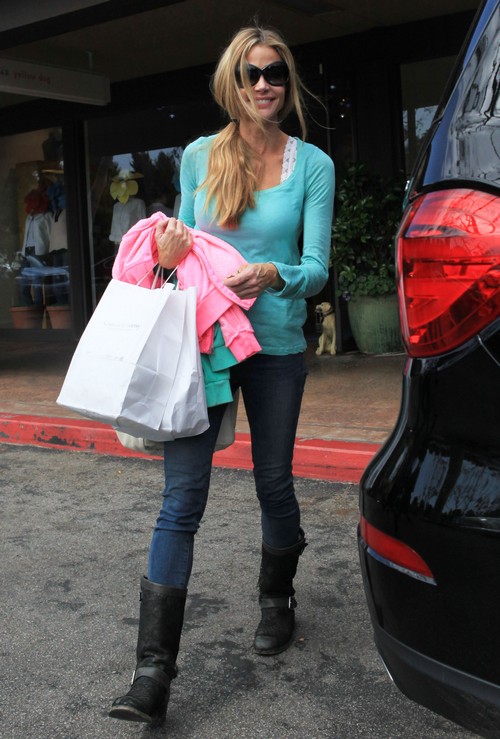 Brooke Mueller who is currently doing her 20th stint in rehab went to court to try to get temporary custody of her four-year-old twin boys Bob and Max taken away from Denise Richards and given to her brother.  Many suspected that Brooke’s motive was the $55,000 she gets paid monthly from the boys father Charlie Sheen for child support.

The judge in the case was not being fooled and shot down Brooke’s request seeing no reason to disrupt the boys again.  According to Radaronline, “Brooke’s claims that Denise was only taking care of the boys for financial gain fell flat because the actress signed a sworn declaration that she had refused money from Charlie. Denise’s declaration also went on to say that she didn’t want any money EVER for her care of the boys.”

This is the second attempt by Brooke to get custody away from Denise with no success.  Brooke is in a 30-day treatment program at the Betty Ford Centre for substance abuse.  This is Brooke’s 20th attempt at rehab.

I am glad the court denied her request, those poor boys have been moved around so much.  They will be far better off in a more stable home life.  What are your thoughts on the matter?

To find out more details of Brooke’s addiction problems, head over to ICYDK who has all the details, CLICK HERE …

Babywearing: The best way to travel at the airport