Sofia Vergara Having Baby via Surrogate With Nick Loeb 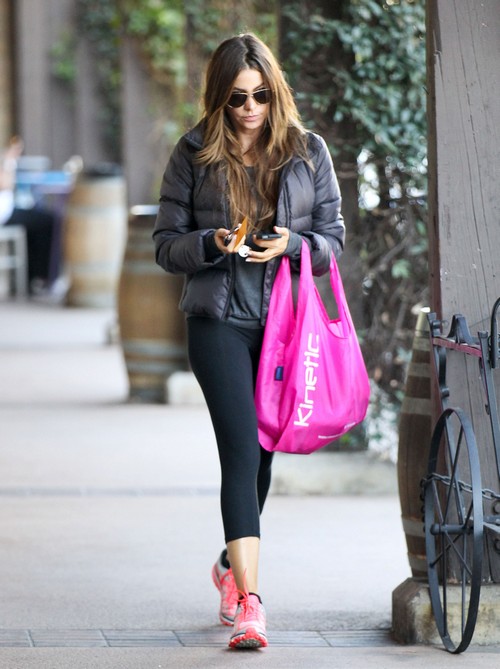 Sofia Vergara has opted for a surrogate to have her baby, it has been reported. The Modern Family actress and her fiance Nick Loeb have made their minds up to have Sofia’s best friend carry the baby, seeing that Vergara has been struggling to conceive for quite some time now. The two are desperate to have a family together, especially Nick who has been pushing the actress to keep trying, but it’s not working.

The process of the treatment is said to be in very early stages; all three of them had recently met up with the doctor who will happily help with this expensive procedure. “The child will be biologically Sofia and Nick’s baby, and she has selected a surrogate — who is a very close girlfriend — to carry the baby,” a source dished before adding: “A procedure has taken place, and Sofia and Nick will find out in a few weeks if it was successful, if the surrogate is pregnant, and if they will become parents.”

Vergara already has a son, named Manolo who is 21-years old and would hope to see him becoming a brother to either her newly-born son or daughter. Sofia’s struggle to get pregnant is being blamed on her hefty work schedule with Modern Family and her endorsement deals. She had ditched going to the Academy Awards two weeks ago because she had suffered from the flu and wasn’t feeling well at all.

However, she does want to start a family with her fiance now that they are engaged. She feels that the time is right for them to expand, whether she has a busy career or not. “A baby is something they’ve both wanted for a while, particularly Nick, who has been pushing for it. He is a little uneasy that the surrogate is Sofia’s close friend, but is very excited about becoming a father.”

Jessica Simpson Wants Her Son to Be Super Smart