Jason Hoppy And His Daughter Byrn Out In NYC 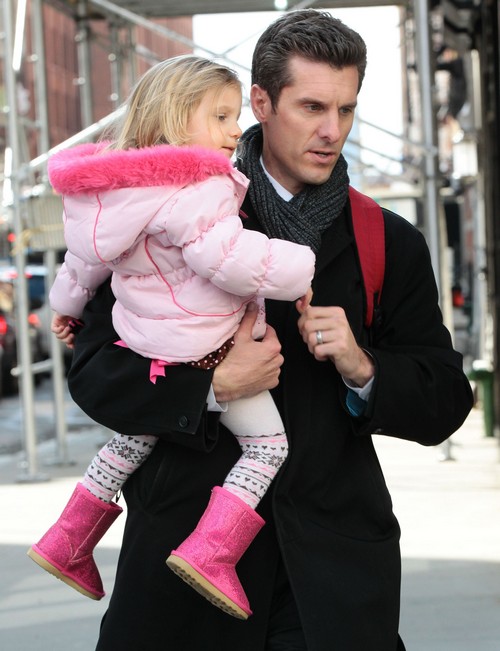 Pharmaceutical executive Jason Hoppy, estranged husband of reality TV star Bethenny Frankel, was spotted out and about with their daughter Bryn in New York, New York on March 20, 2013.  The two braved the cold NYC weather.  Bryn looked adorable in a pink coat, white and pink tights and pink uggs.

Even though the couple split three months ago, Jason is still wearing his wedding ring.  His ex Bethenny suspects he is still wearing the ring to get sympathy. “Bethenny thinks he’s doing it to garner sympathy and to appear as the wounded party.”

However, Jason claims he is doing it for his daughter, but that does not really make much sense because at 2-years-old she is probably too young to understand.

It looks like their divorce battle is going to get nasty and that is too bad because the one who always suffers in divorce wars are the children.  Rumor has it Jason and Bethenny are also going to war for custody – they both want primary custody of Bryn.